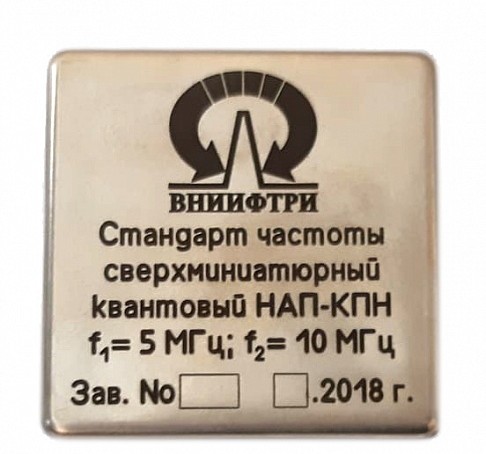 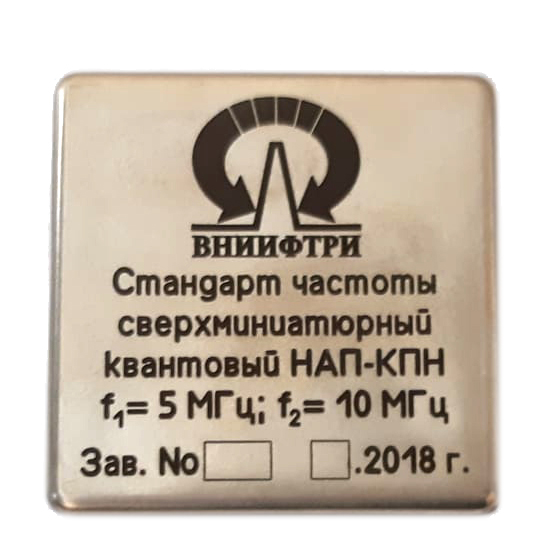 The standard frequency is stabilized due to the effect of coherent population trapping (CPT). As a result of microwave modulation of the laser frequency, harmonics of the ± 1-order appear in the laser spectrum, which interact directly with the alkaline metal atoms in the gas cell. When the difference frequency between the harmonics is equal to the hyperfine splitting frequency of the ground state, a coherent nonabsorbing superposition of the atomic ground states arises. This effect is called CPT.

* Based on CPT compared to other small-sized standards