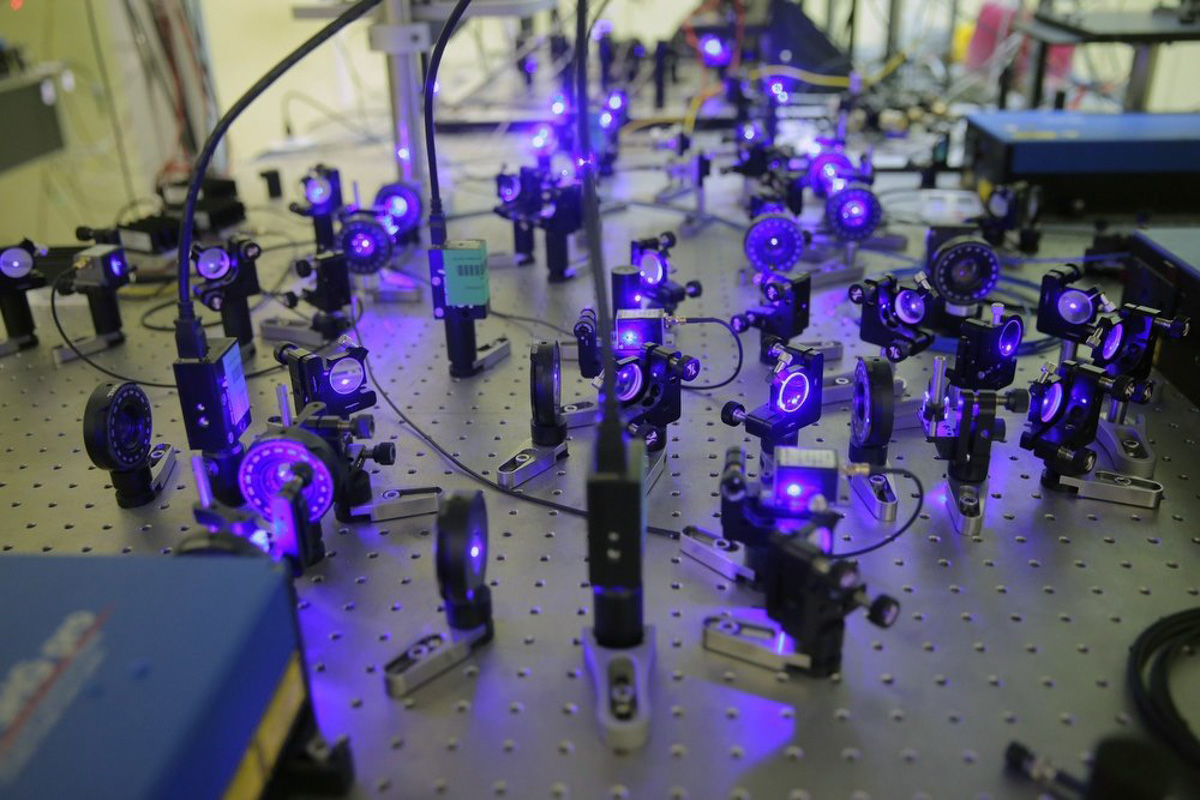 The Federal State Unitary Enterprise «Russian metrological institute of technical physics and radioengineering» (FSUE «VNIIFTRI») is one of the largest national metrology institutes, which carries out activities for reproducing the national time scale and reference frequencies, determine the parameters of the Earth’s rotation, and developing, improving, maintaining, comparing and applying the state primary standards of units of quantities, conducts fundamental and applied research, experimental developments.

VNIIFTRI is the Main Metrological Center of the State Service of Time and Frequency and Determination of the Earth’s Rotation Parameters (MMC SSTF) and ensures its functioning with the participation of its branches and other organizations. MMC SSTF is one of the best laboratories of the time in the world.

VNIIFTRI includes four branches: East Siberian, Far East, Kamchatka, and West Siberian, which are separate structural divisions and conduct fundamental and applied research in the field of ensuring the uniformity of measurements.

There are 10 research departments (RD) in the institute, which are engaged in fundamental and applied research in the following areas:

The enterprise also includes Testing Laboratories, which are subdivisions of the Research Center (RC) and have a wide scope of accreditation.

The enterprise actively participates in the implementation of the Federal Target Program GLONASS in terms of creating means of ensuring the uniformity of measurements, it is the head scientific organization of Rosstandart for the creation of new and modernization of existing methods and means of time-positioning and navigation support in order to achieve the specified accuracy characteristics of GLONASS. VNIIFTRI is the head organization of the Rosstandart system in a number of other important areas.

In 2019 VNIIFTRI specialists have presented their new development — a subminiature rubidium quantum frequency standard. Unique in Russia equipment will bring the technology of navigation systems, 5G networks and safe unmanned vehicles to a new ultra-precise level. The subminiature standard is indispensable for equipment synchronization and data transmission in high-speed computer networks, which is especially important for financial transactions in the banking sector and telecommunications systems. The small size of the devices allows to integrate them into high-precision measuring devices (spectrum analyzers, network analyzers, oscilloscopes), which significantly increases their functional and accuracy characteristics.

Over 80% of the country’s radio engineering standards have been created, stored and improved at VNIIFTRI.

Two standards reproduce the basic units of the International System of Units SI — second and kelvin (within the range of temperature values from 0.3 to 273.16 K). 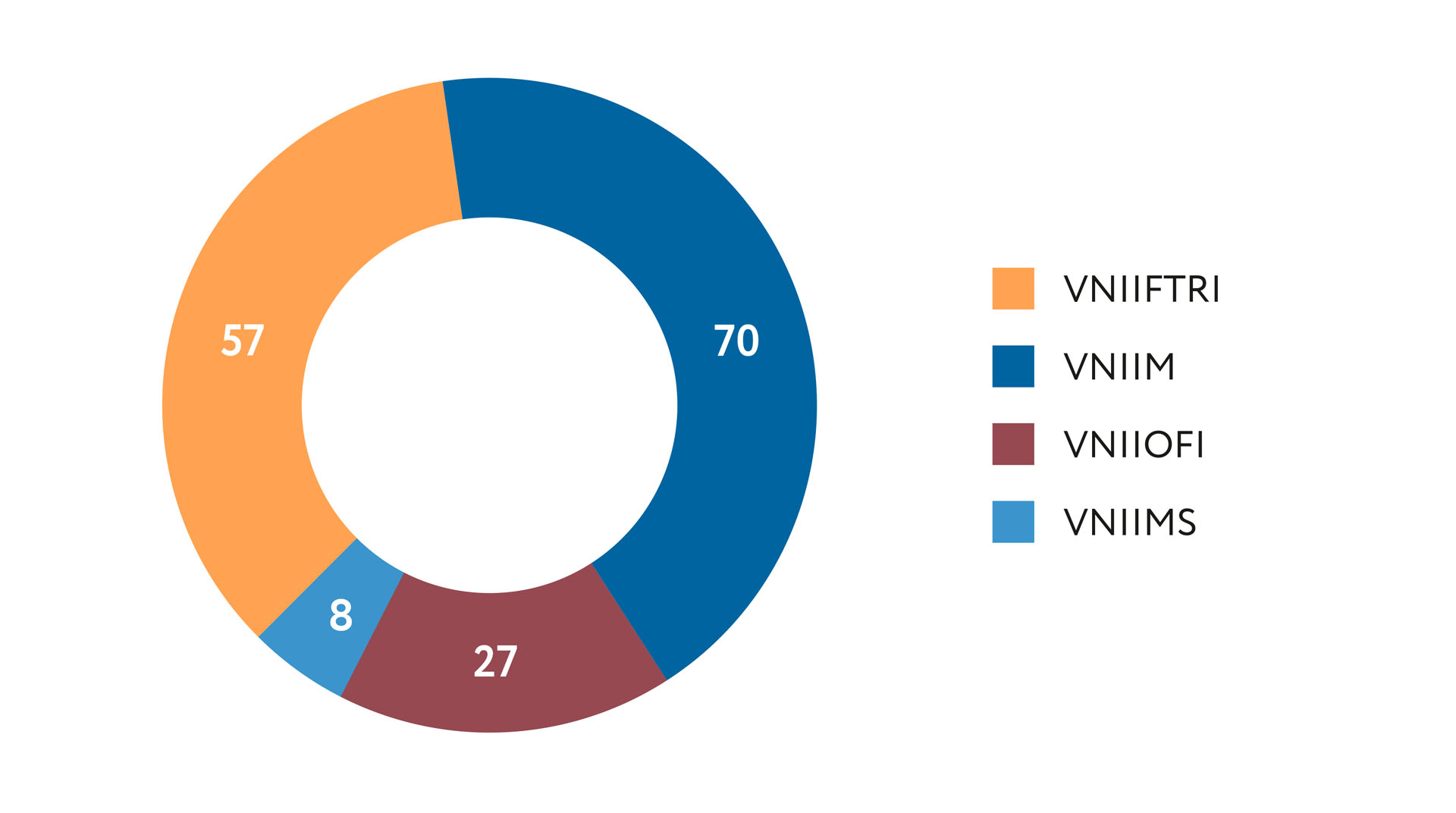 Three standards created and functioning at the Institute are among the best in the world :

Since 2007 the Pilot Production Technical Center (PPTC) has become a part of VNIIFTRI.

Today VNIIFTRI produces about 90 types of products, including high-precision measuring instruments, and continues to expand the assortment. The products produced by VNIIFTRI are at the level of leading foreign analogues, which contributes to the expansion of the institute’s participation in the domestic program of import substitution. The modernization of production and technological capabilities in the future will further increase the market share of domestic high-precision instruments in the market. 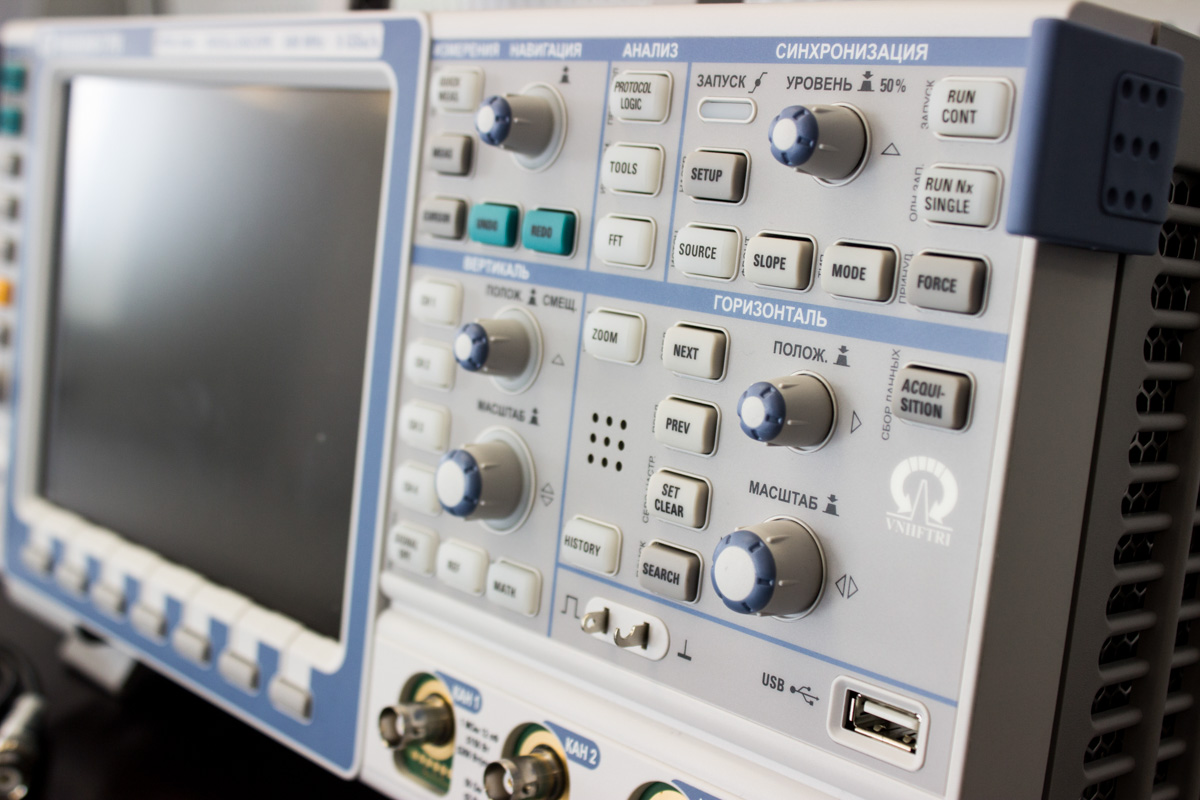 As part of its activities, VNIIFTRI provides a wide range of metrological services. 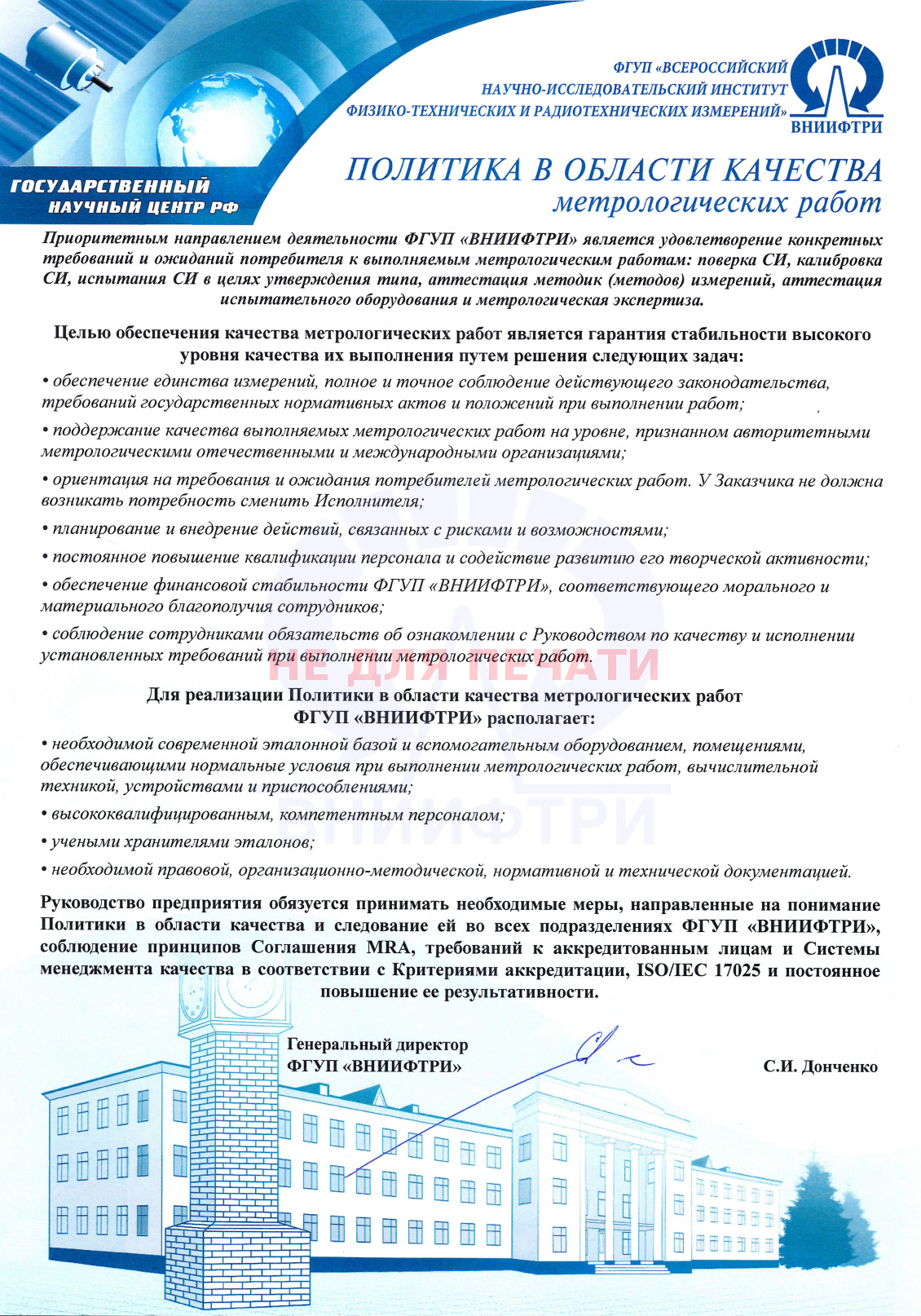 The International Bureau of Weights and Measures recognizes VNIIFTRI as the National Metrology Institute, and calibration certificates of VNIIFTRI are valid at the international level.

VNIIFTRI pursues educational activities aimed at ensuring the uniformity of measurements in the Russian Federation in general and the academic staff recruitment of the institute in particular.

The Scientific and Educational Center has been established at VNIIFTRI, the structure of which includes research degree, higher doctorate and a sector of supplementary vocational education (professional development program training and occupational retraining).

The institute has a Dissertation Defense Board in support of candidature for a technical degree and the higher doctorate.

In December 2019 a group of scientists from VNIIFTRI was awarded the Prize of the Government of the Russian Federation in the field of science and technology for the development of a high-precision system of quantum time and frequency standards for advanced navigation, geodetic and digital technologies. Many developments of the institute have been awarded with various prizes at international and Russian exhibitions: 64 developments have certificates of assignment of the SI Quality Mark, 34 developments have gold medals and 1 — platinum.

The Institute has 46 valid RF patents for inventions and utility models and 24 certificates for software.